A personal work based on Magical Creatures Challenge, where were given 2 random words and the task was to make an illustration based on those words. So, here is what I did:

1. CANDLE+RABBIT
Once upon a time there lived a Little Rabbit. He lived in a candle. Yes, yes, in a warm waxy candle. And his best friend was a Sunny Bunny. Sadly, but they couldn’t really meet up and jump together, cause a Little Rabbit was awake at night and a Sunny Bunny at a day time. 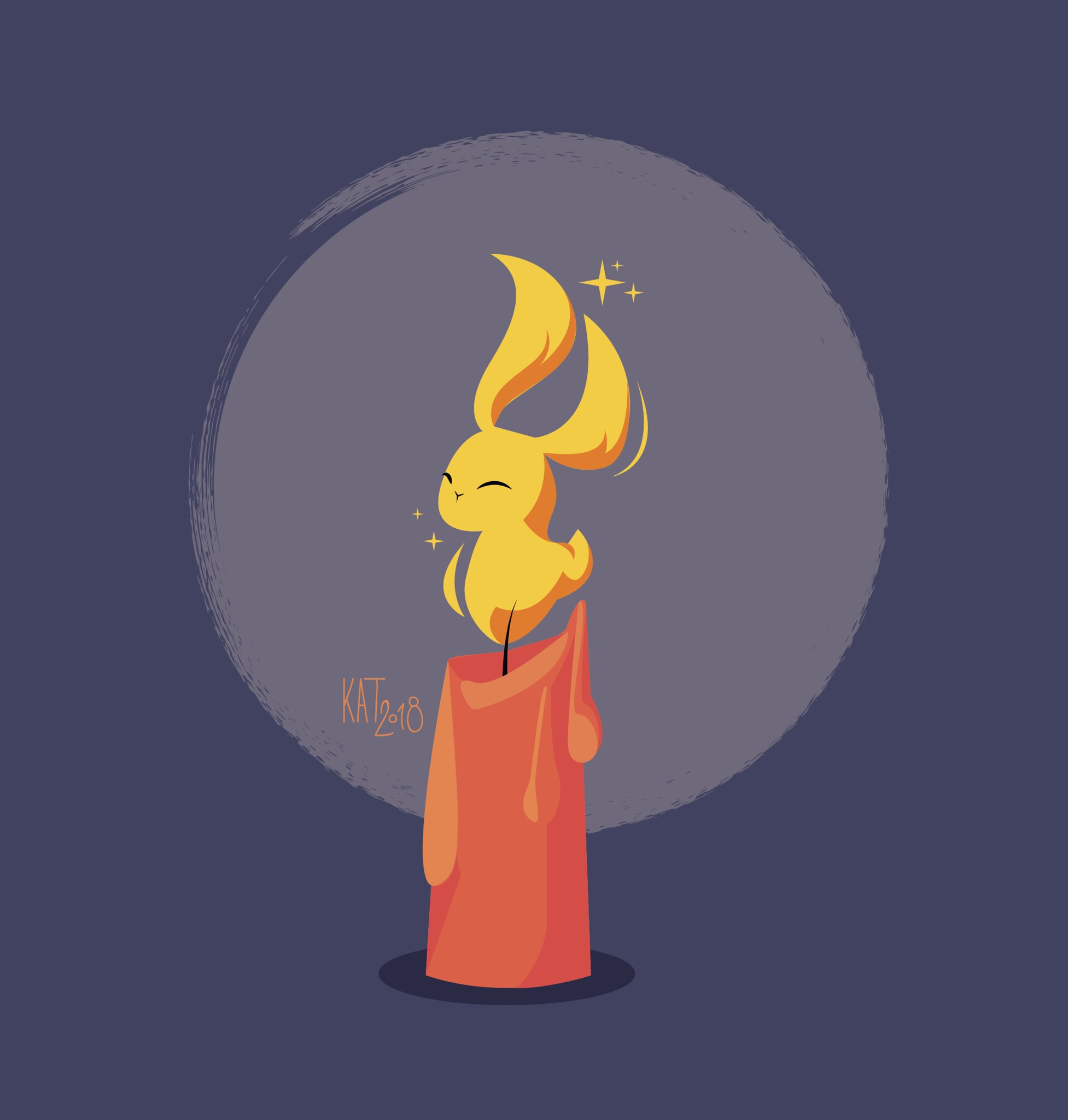 2. CRYSTAL+GOAT
Once upon a time there lived Crystal – a princess of the Mountain. The name was given her by the Mountain itself for her rare pink crystal horns. Crystal was a goat-princess, the most beautiful and charming among all other goats on this mountain, despite the fact that she was the only goat there. 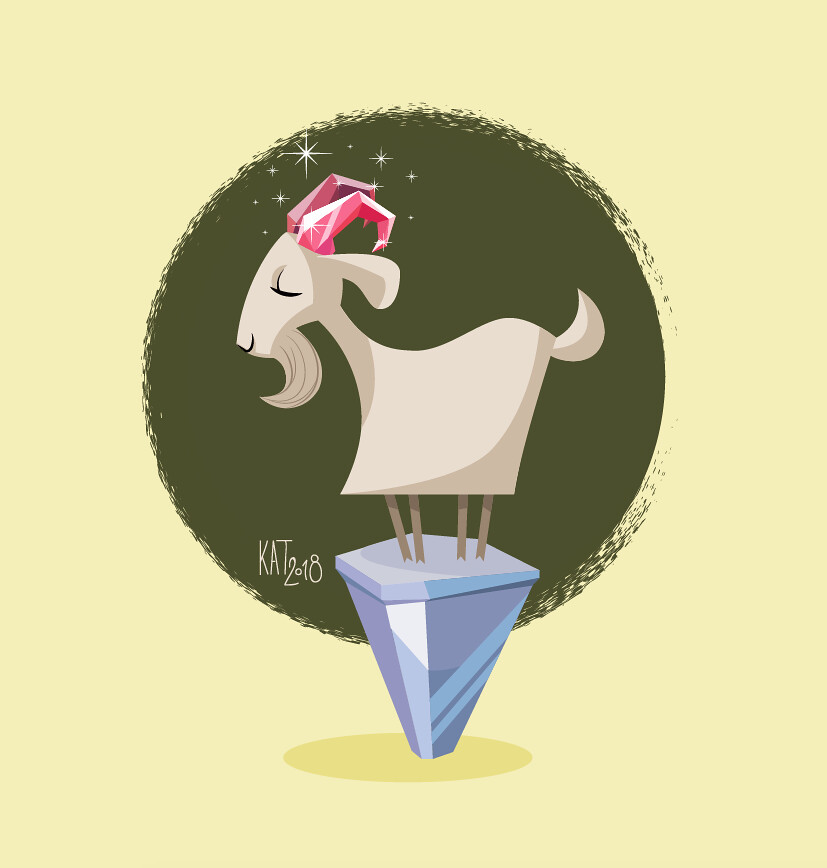 3. EMERALD+SEA HORSE
Once upon a time there lived a Sea Horsy. His favorite food was juicy seaweed, his favorite number was 10 and his favorite color was green. Each sea horse in his family had a mission: to carry the knowledge about a gemstone. Sea Horsy has chosen an emerald, of course. 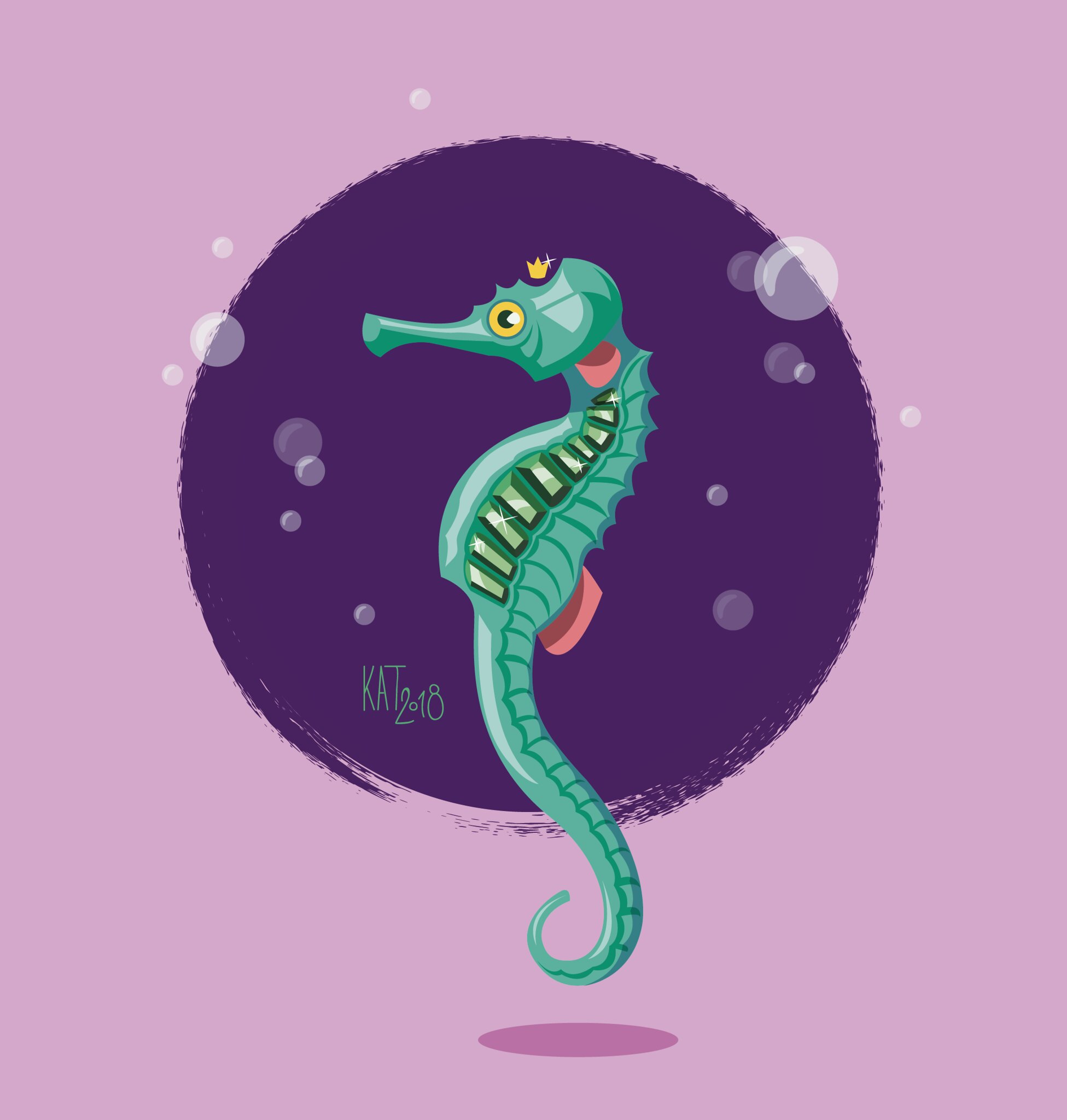 4. INFINITY+SHEEP
Once upon a time there lived Mr. Sheep. His favorite activity on Wednesdays was to walk on an infinite grass and think about life and clouds. 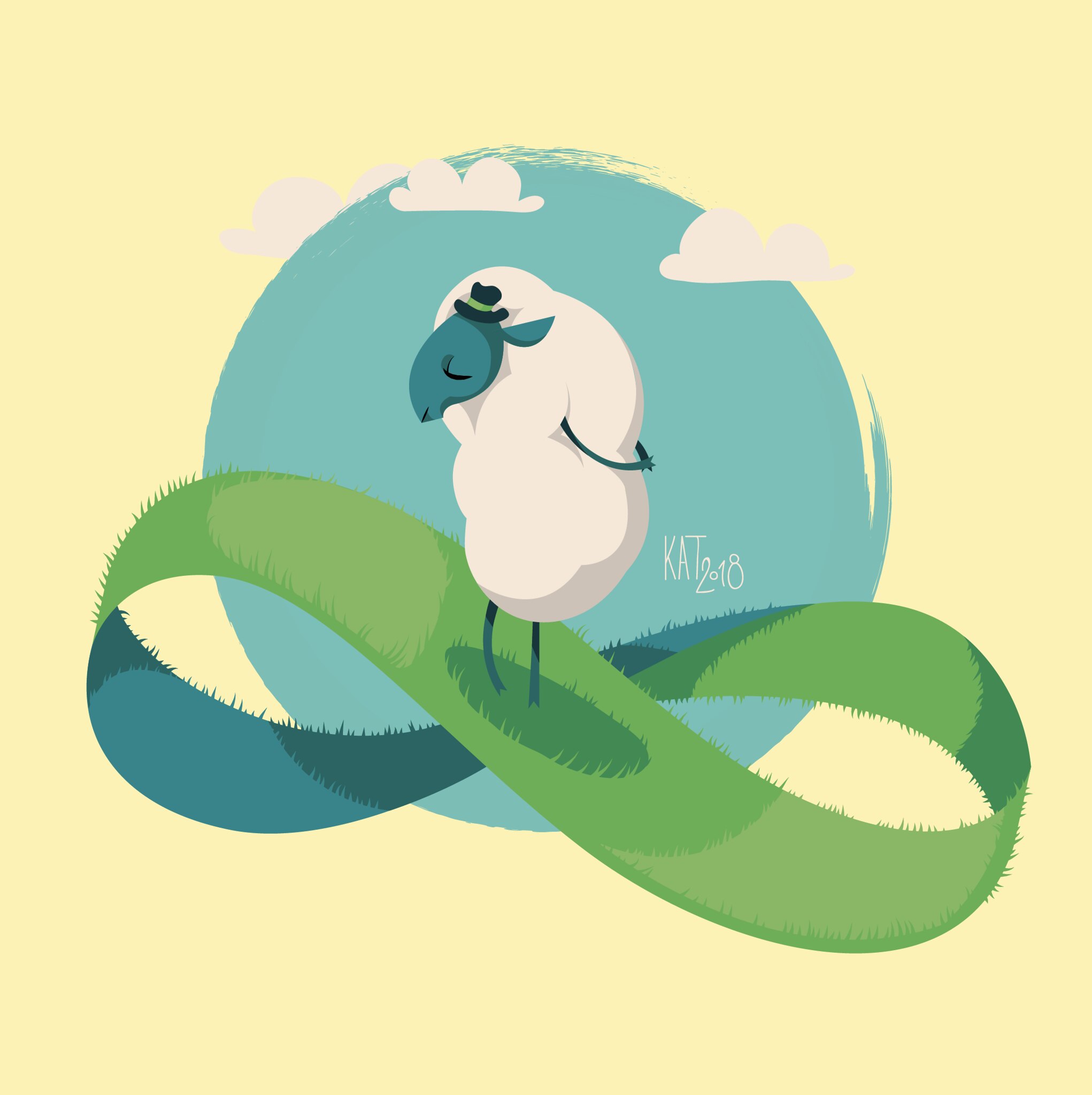 5. BULRUSH+LION
Once upon a time there lived a Bulrush Lion. Every evening on the sunset he used to listen what neighbored bulrushes gossip about. His biggest dream was to travel to the land where they say something white and cold falls down from the sky. 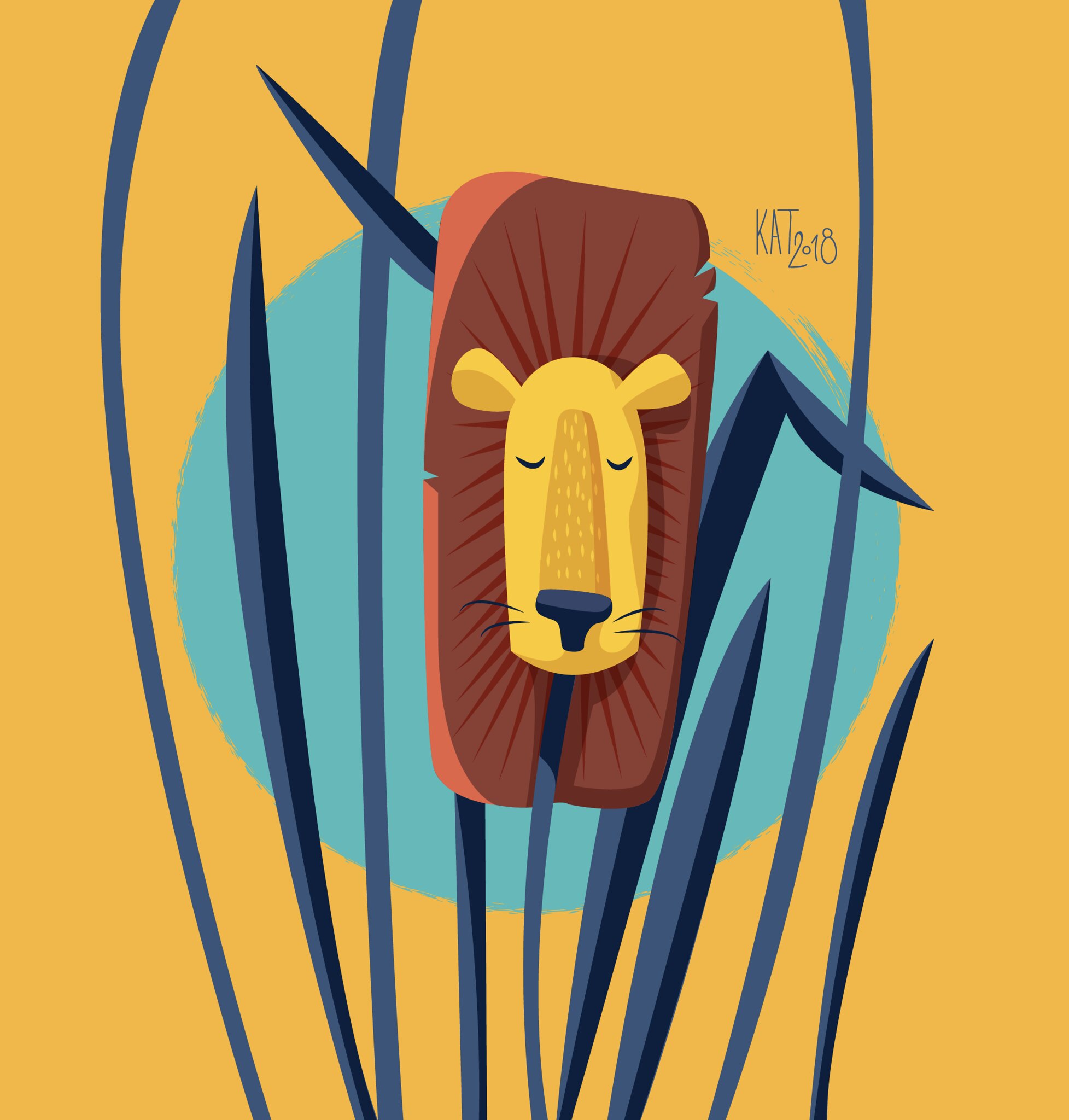 6. CURLY WAVES + HORSE
Once upon a time there lived a Red Horse. He adored curly waves. Every time when the weather was right and the sea was creating some big curly waves – a Red Horse appeared out of nowhere and ran with waves till the seashore. 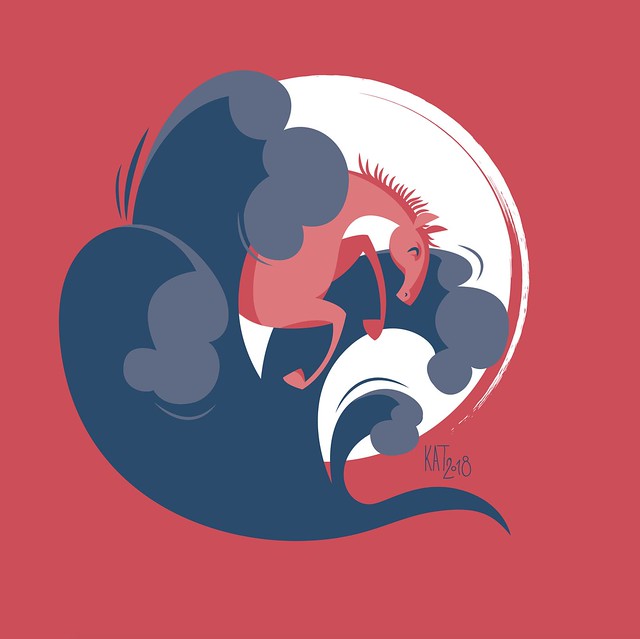 7. BLUEBERRIES+LYNX
Once upon a time there lived a little lynx in the dark forest. She never ate berries, but loved to play with them, especially with blueberries. Because due to her dark blue fur color she always thought she is one of then – a blueberry… just fluffy. 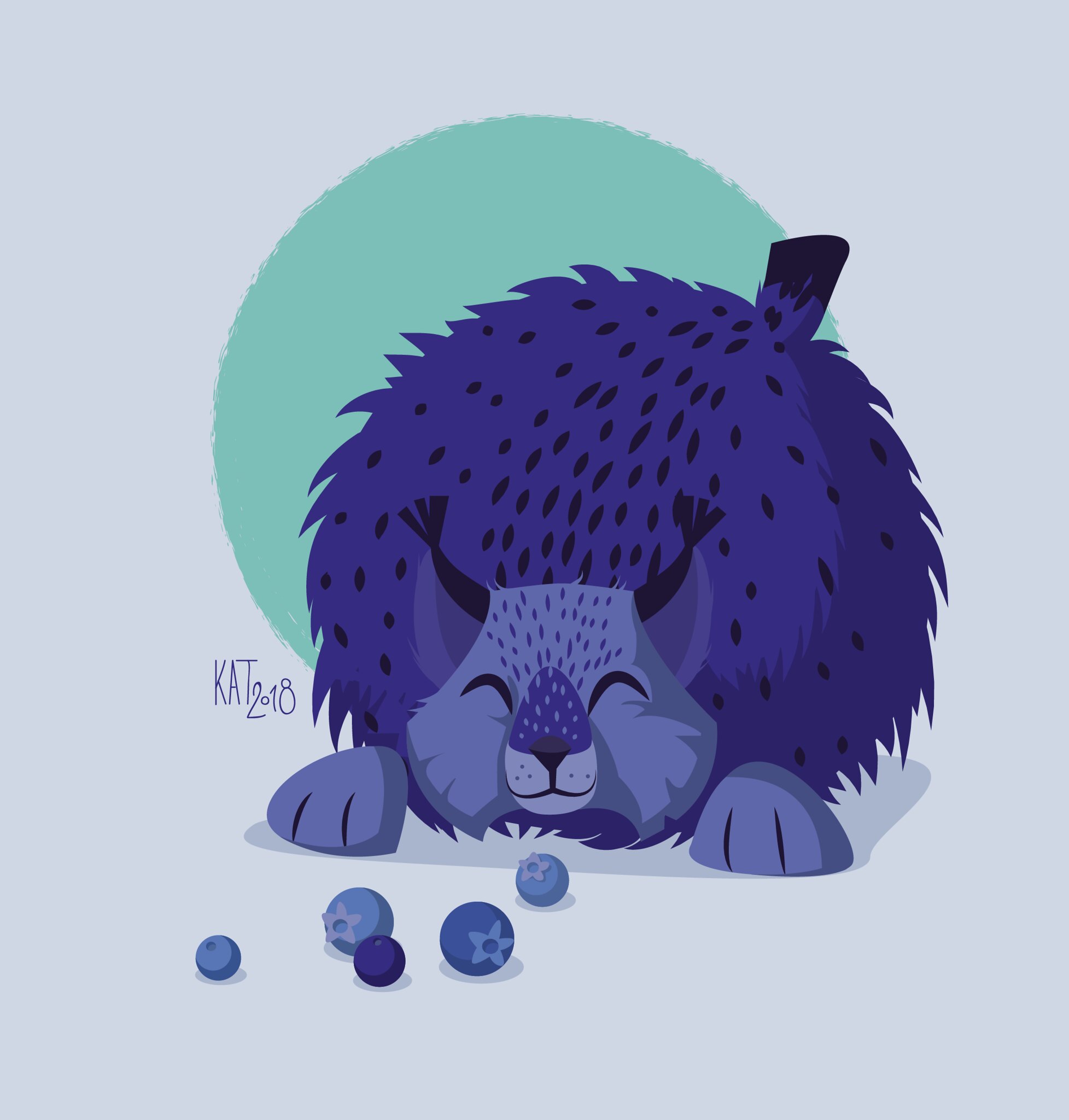 8. SNOWFLAKE+FOX
Once upon a time there lived a Red Fox. She had a wonderful life in a green summer forest, but suddenly winter came. Big white snowflakes slowly and silently were falling on the ground and turning everything the Red Fox liked so much into a white silent kingdom. The Red Fox rushed to her small den through the snow, her red tummy touched the snow and became… WHITE! “Oh, no!”, thought the Red Fox and ran even faster to keep her rest of the red fur safe. Just few more jumps and happily she reached her den, but while she was getting inside her face touched the snow and became white and then another big snowflake fell on the very tip of her tail.. “Nooooo! not my favorite beautiful tail!”, screamed the Red Fox and disappeared in her den. Since then the Red Fox has a white tummy, a white face around her nose and a white tip of her tail… 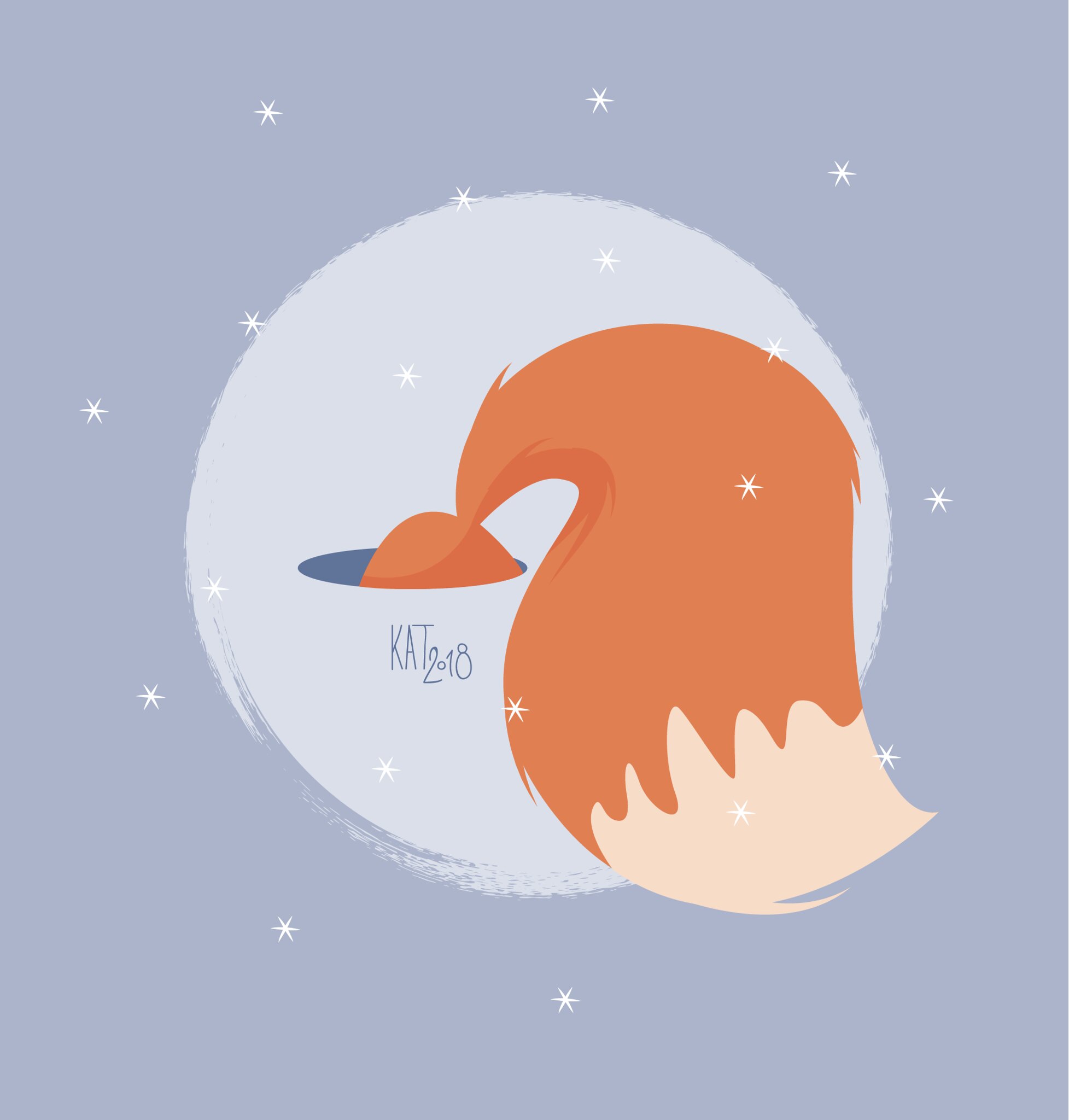 9. FIRE+ARMADILLO
Once upon a time there lived an Armadillo. A very busy Armadillo. Lots of things to manage, lots of meetings, lots of stress. But unfortunately he was always late on his meetings… until he’ve met a Fire! Fire helped him to speed up and to be the most punctual animal in the Forest. And the next time animals saw a fireball rushing through the Forest they knew – it’s an Armadillo running to his next meeting. 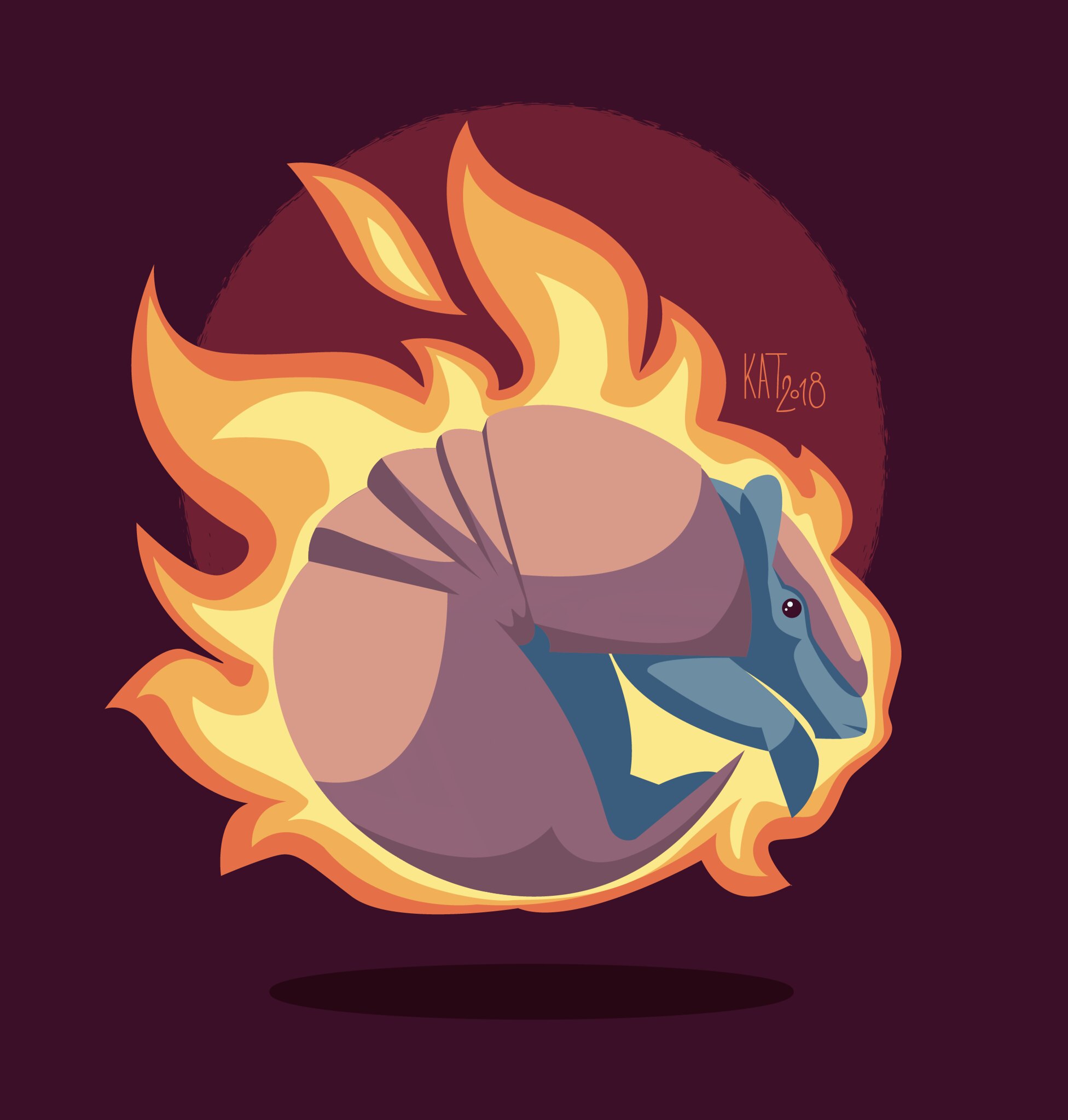 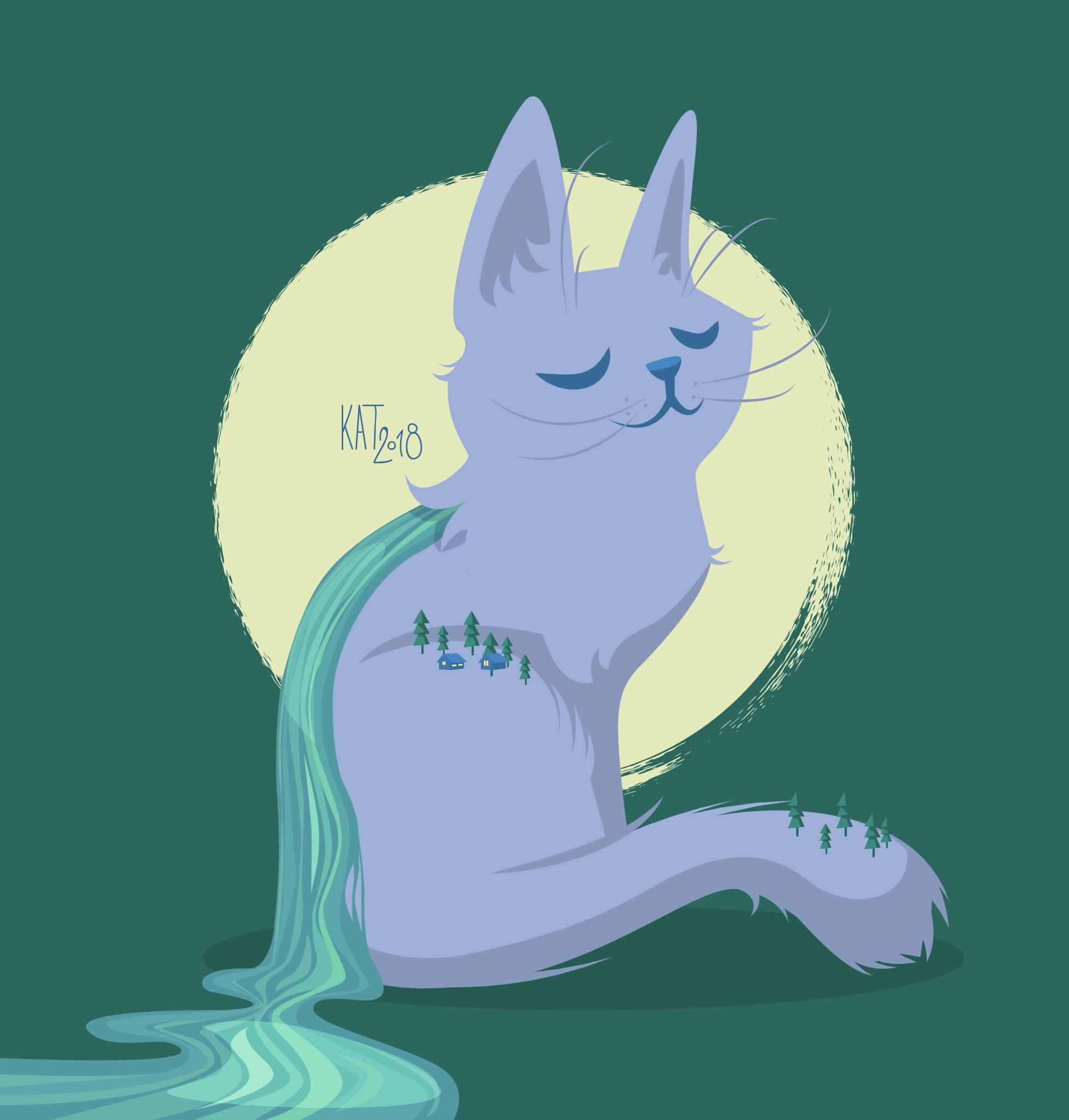 11. CONSTELLATION+BEAR
Once upon a time there lived a Bear. He never met any other living creatures in his land, except for the Polar Owl, who was flying by and gave him a red scarf as a souvenir. One late evening a Bear got really sad that he is totally alone and there is no one to discuss the weather or the global warming… He looked up to the sky and he found his own reflection in constellation just right above him. A Bear happily waved to the Star Bear and the Star Bear waved him back! Since then they’ve met every evening and were chatting till the late night like two good old friends. A Bear never felt lonely again. 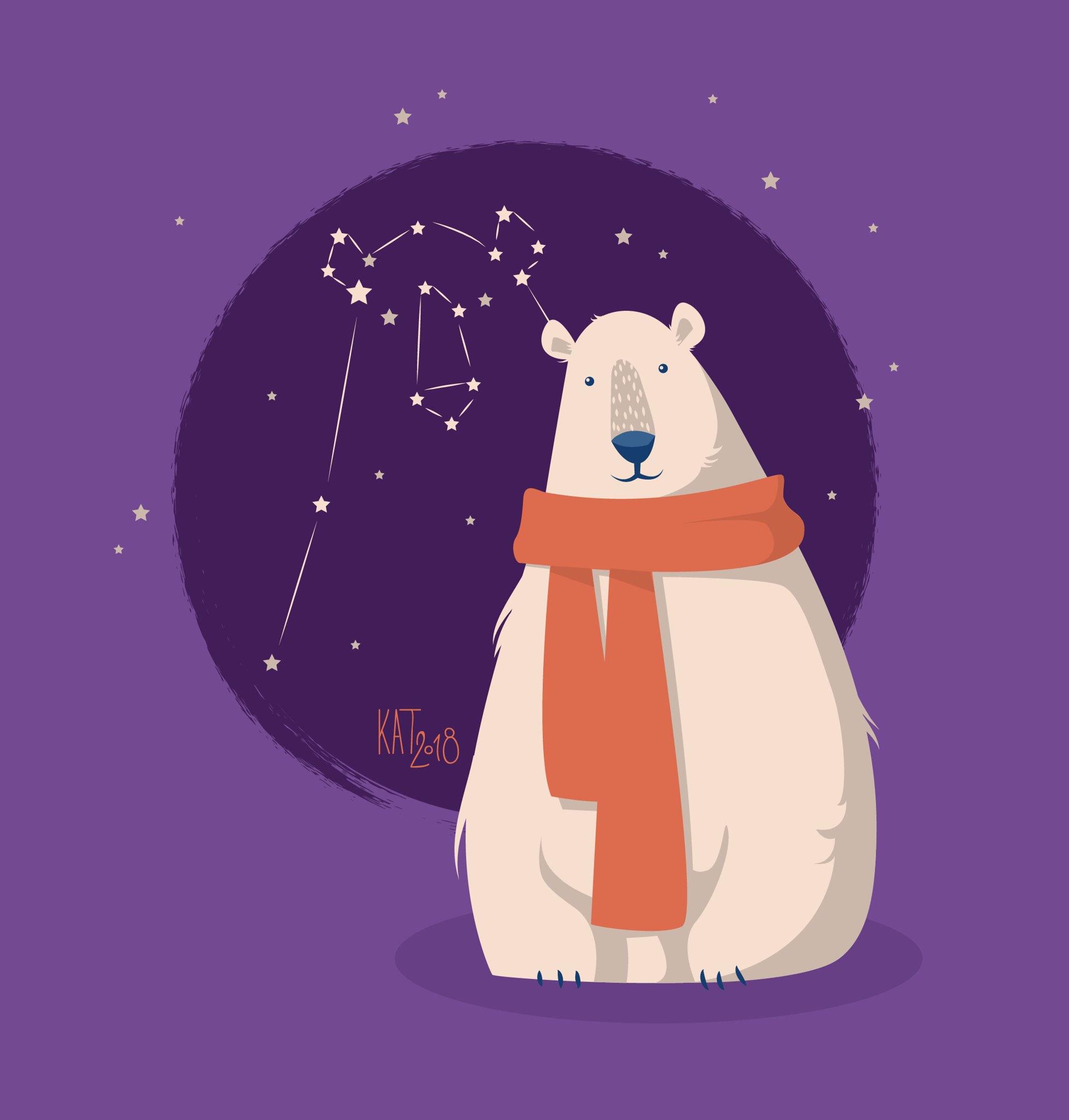 12. LAVENDER+AXOLOTL
Once upon a time there lived a Little Axolotl. His favorite game was to play “lavender”: when there was no one around he crawled to the very top of the thin green seaweed and pretended to be a lavender. And when someone near was passing by – all of a sudden a Little Axolotl screamed and made cute (although he thought those are scary) faces. Maybe it’s even good, that a Little Axolotl never saw a real lavender and didn’t know that actually it’s a peaceful flower. 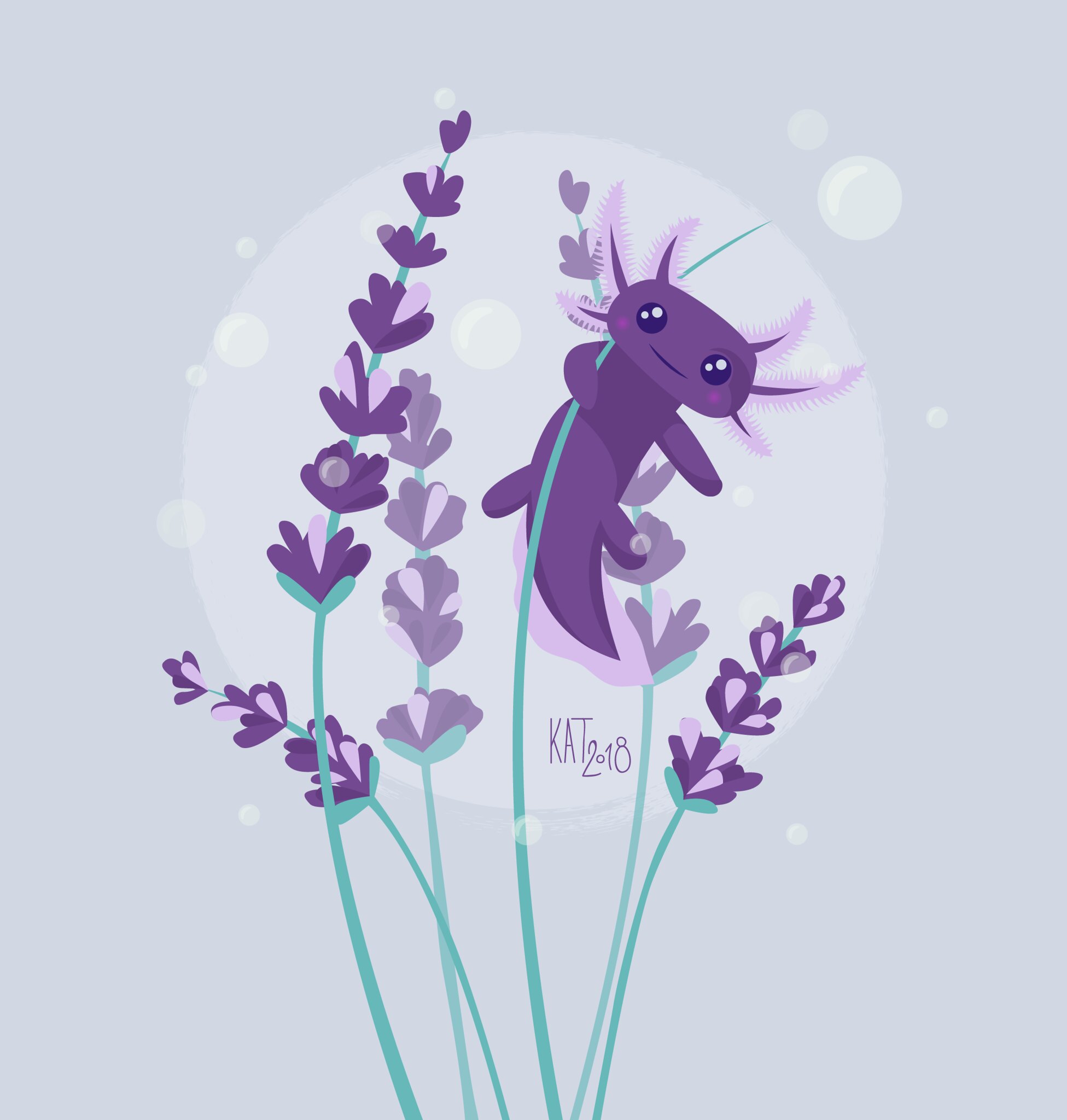 13. GREEN EGGSHELL+LAMA
Once upon a time there lived a Lama, who believed in signs. Once she was walking on the sand and found a big piece of the green eggshell. “It’s a sign!” thought a Lama. “It must be from some big bird or big crocodile, crocodiles swim and like warm countries and big birds don’t fly, they run! in some warm countries! That’s it! I should travel to the warm country!” screamed a Lama inside her own head and went traveling. 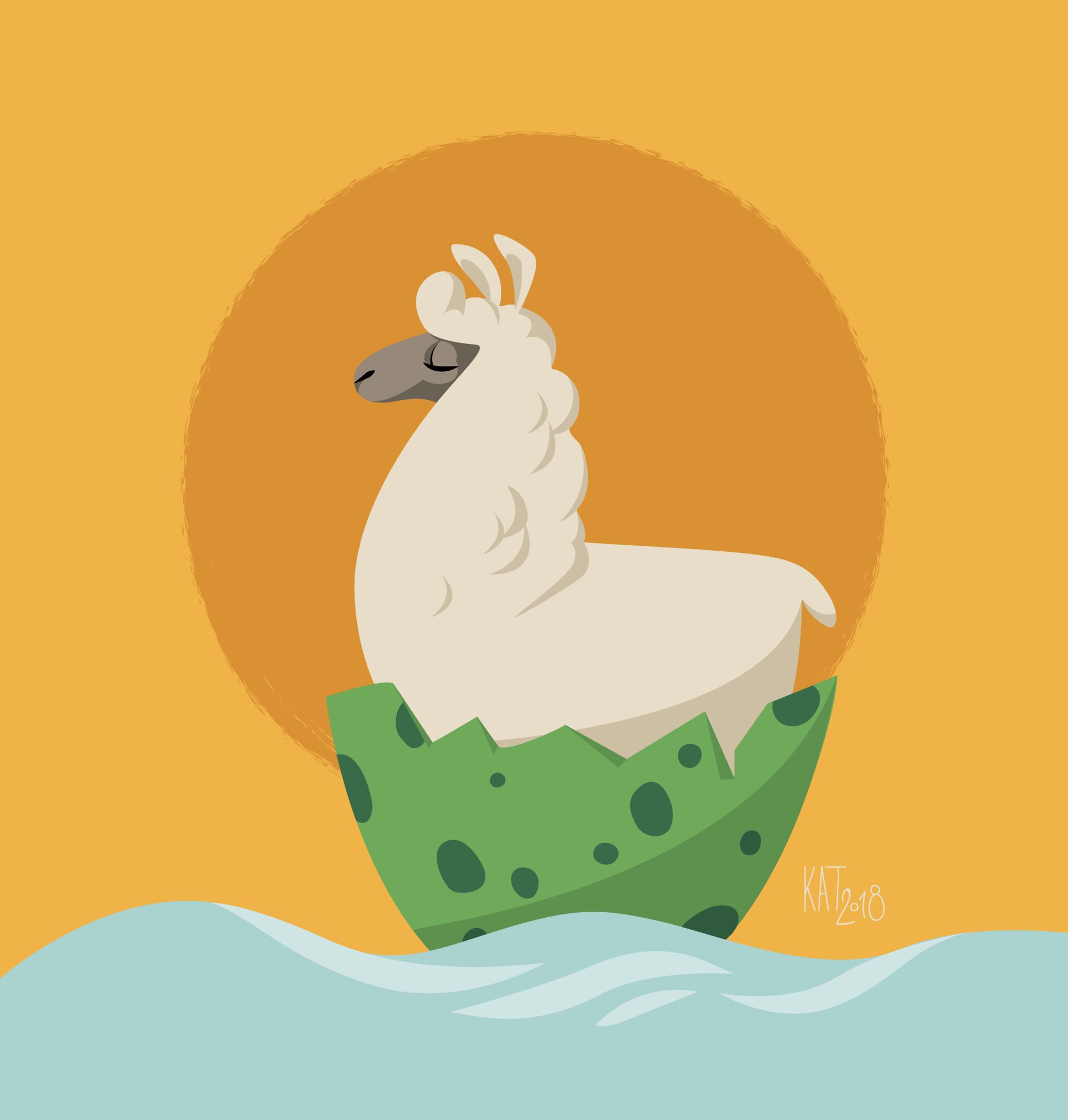 14. SUN+DEER
Once upon a time there lived a Deer. Usual Deer with big horns. He was always running in the Forest and jumping as high as possible. One day he jumped so high, that his horns touched the Sun. The Sun was stuck in Deer’s horns and a Deer had to walk on the Sky to share the Sun light with everyone. 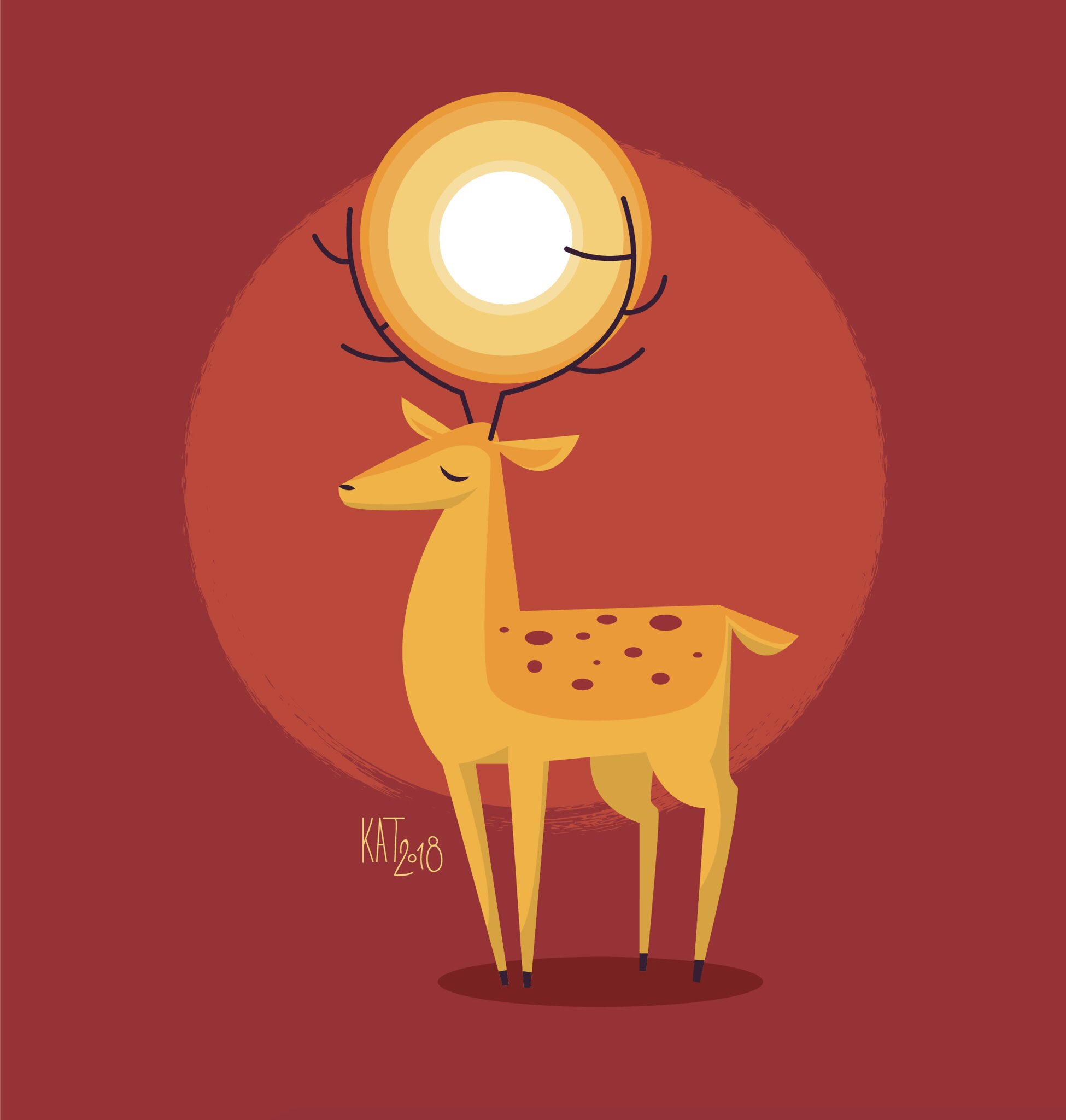 15. BLUE FUNGUS+FISH
Once upon a time there lived an Old Mr. Fish. He was so old that often slept while was swimming. Some younger sea creatures used to giggle at him: it was funny the way he talked nonsense or the way he was carrying those blue fungi on his back. Not many knew, that actually those little blue fungi kept the memory of Mr. Fish. Thanks to them he remembered how did they meet with Mrs. Fish, the name of their first baby-boy, the smell of the pancakes Mrs. Fish used to cook on Fridays. The most important things from his life Mr. Fish was carrying on his back… 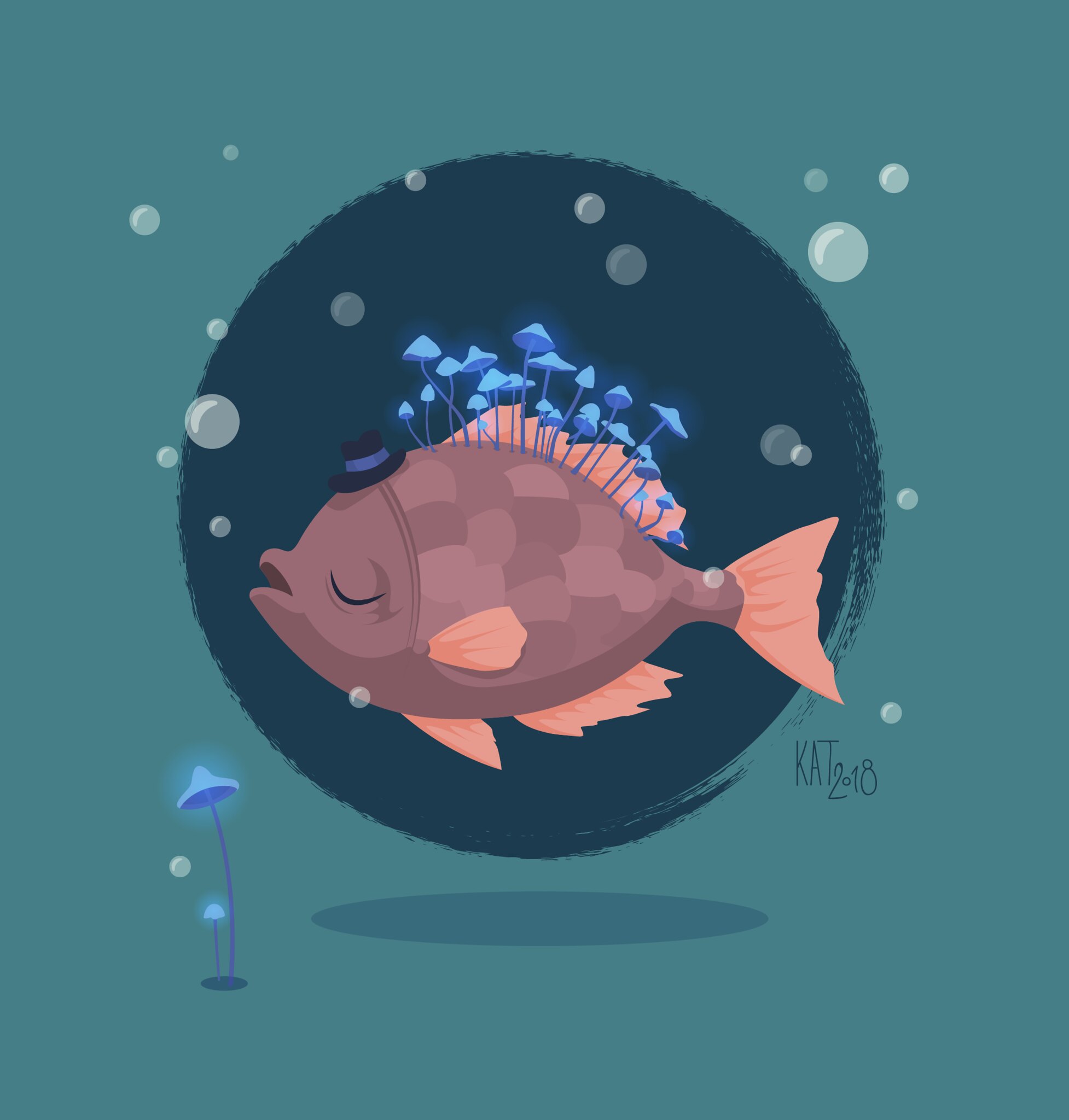 16. LIGHTNING+SNAIL
Once upon a time there lived a Snail. Every night he asked the Snails’ God to give him power of the Lightning! A Snail meant the speed, but the Snails’ God understood it as he have heard and on a Snails 6th birthday he decided to give him the power of the Lightning! Unfortunately, a Snail didn’t become faster as he wanted… Beware of what you wish! 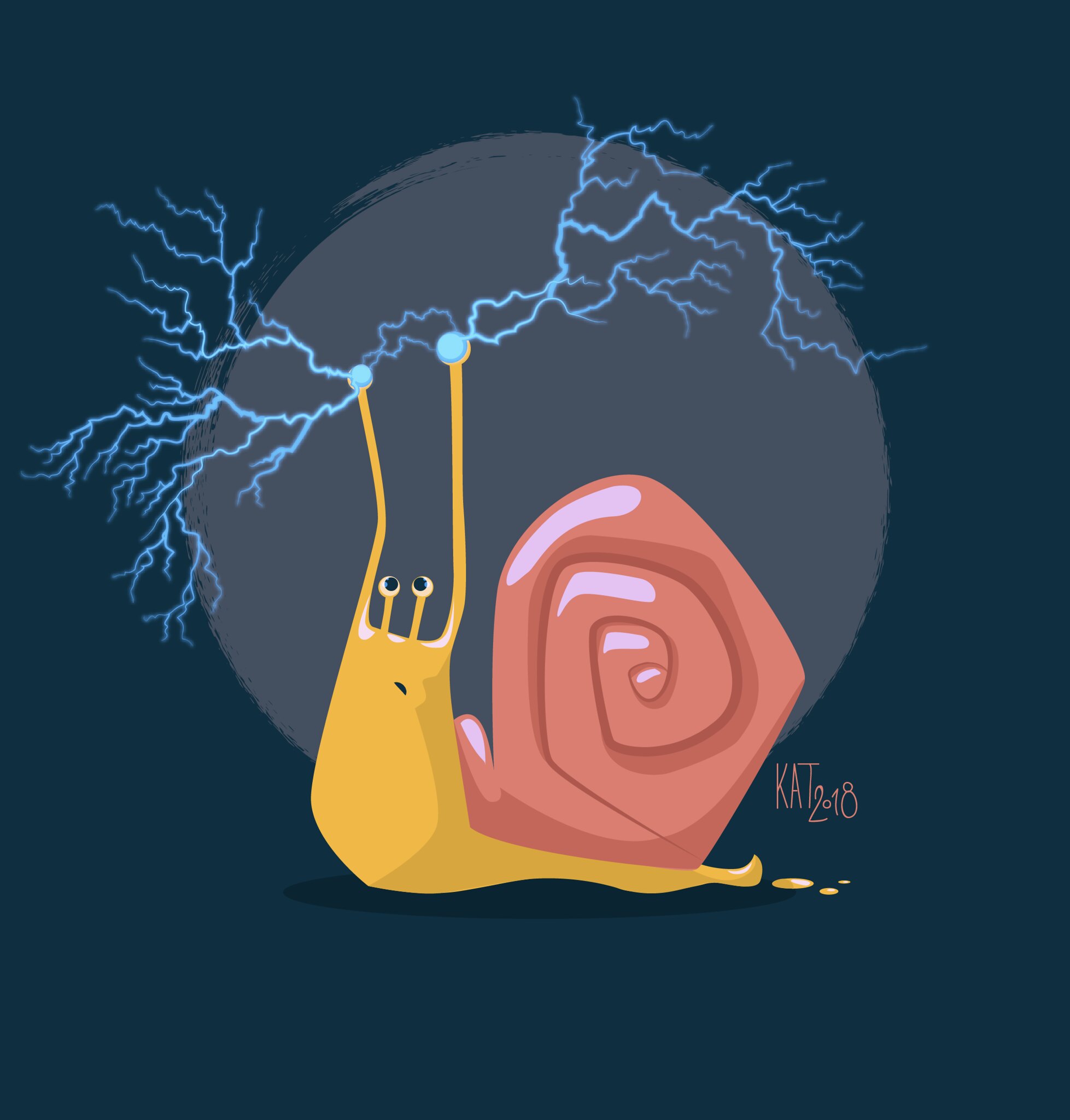 17. CARROT+SQUIRREL
Once upon a time there lived an Old Squirrel. One day she was in a hurry walking on the narrow path and just in front of her appeared a stranger and didn’t let her pass through. An Old Squirrel didn’t want to let that stranger to pass through either! As an Old Squirrel wore glasses and couldn’t really see who was that impolite stranger, she started to talk to him: “It is unbelievable how impolite creatures live in our neighborhood! Did you hear about Margaret’s son? He threw a chestnut to one old, but very respectful Squirrel! What a shame! And the way those birds teach their children fly! Horrible!…” She was talking and talking till the sunset, then she suddenly stopped, said good-bye and ran back home. While running she thought “It was great to have an informative dialogue with such a nice and intelligent creature!” Fortunately, an Old Squirrel didn’t know that all that time she was talking to a carrot… 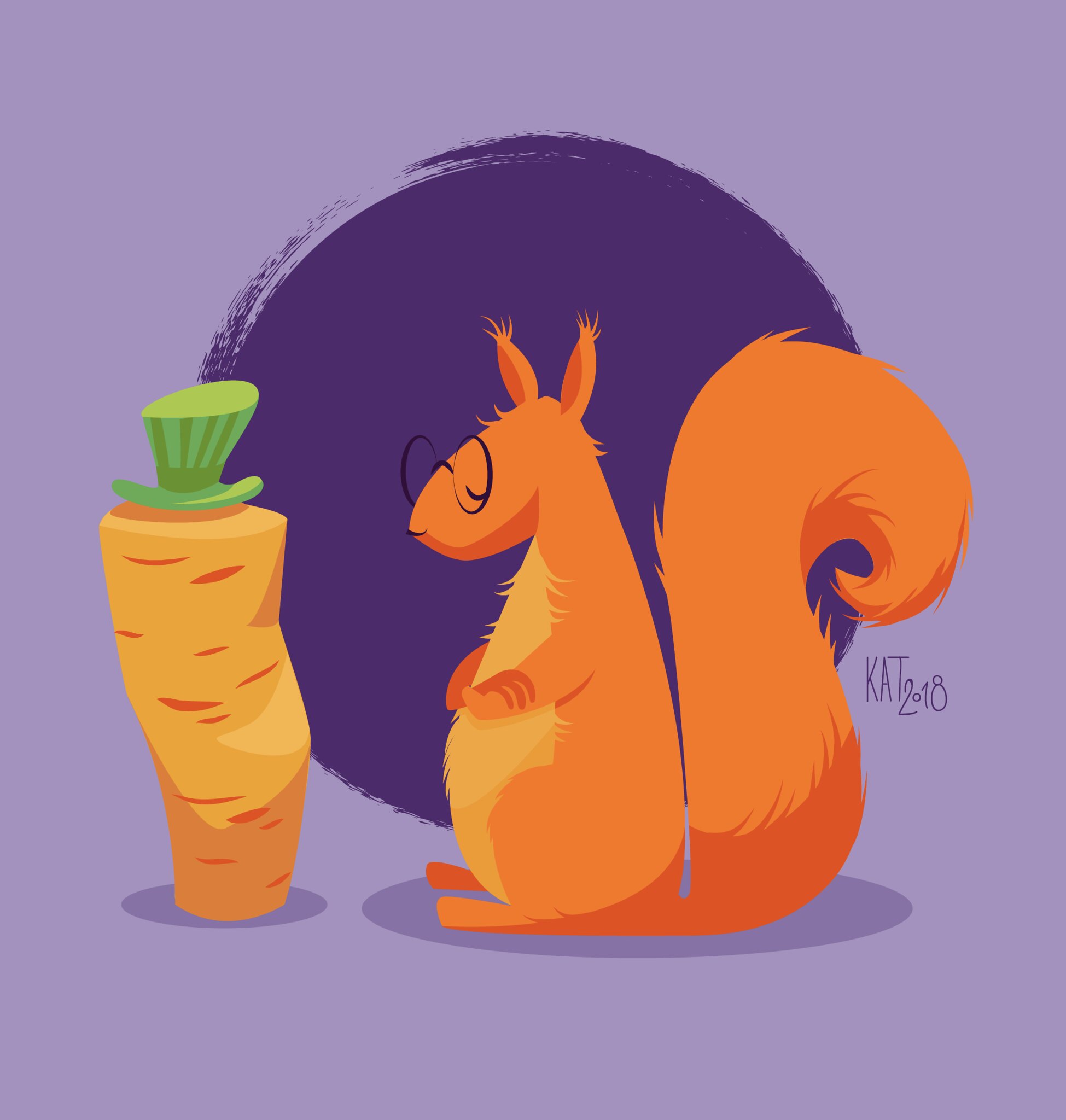 18. CORAL+BUTTERFLY
Once upon a time there lived a Butterfly. She loved corals so much that she exchanged her beautiful wings to two red corals. Since then she couldn’t fly, but she was the happiest butterfly ever! 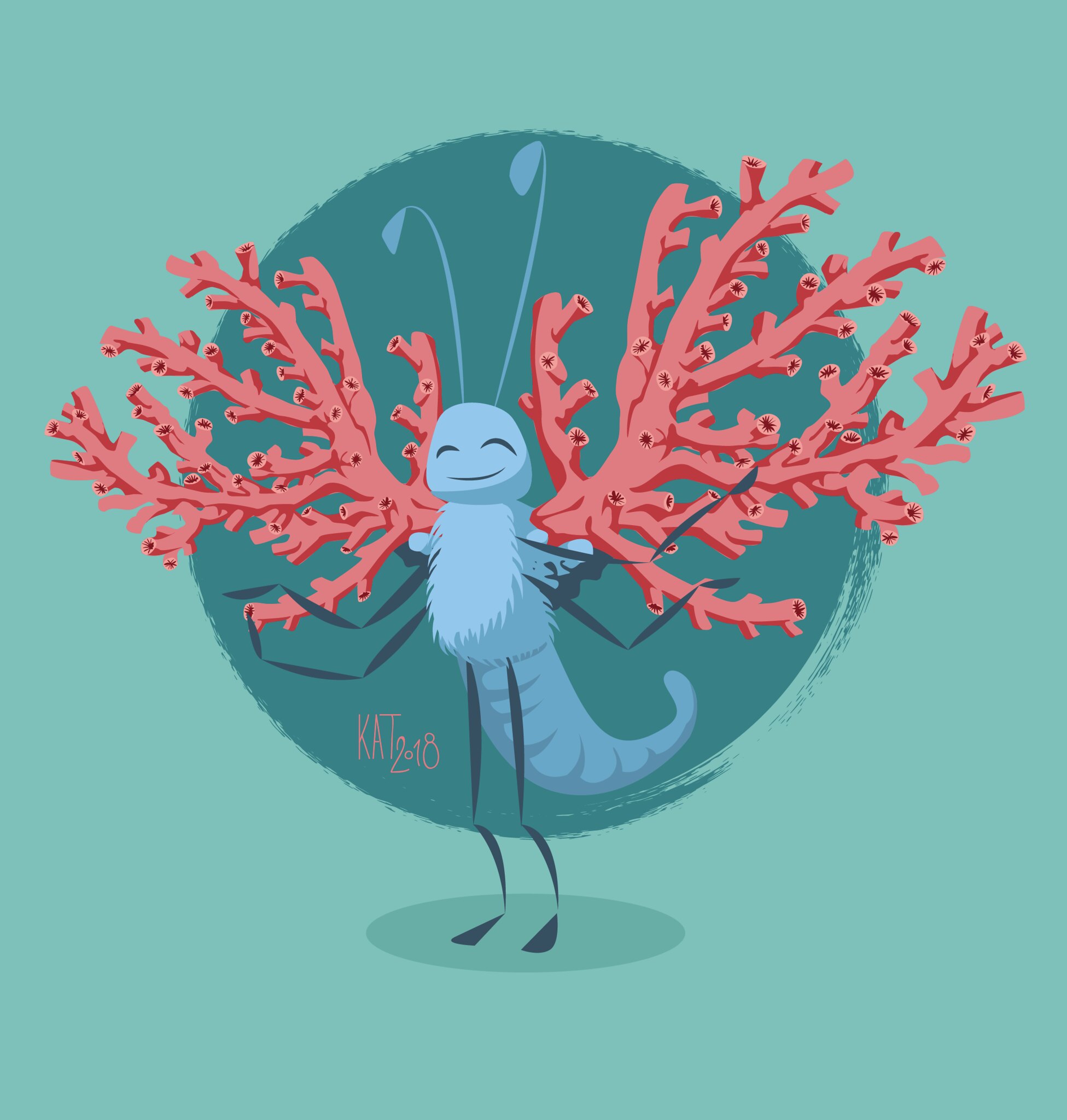